Long before Kim Cattrall appeared on our screens as outspoken, sexually confident, “I’ll try anything once” Samantha Jones in Sex and the City, she played an Egyptian woman under a spell – reincarnated as a shop-window dummy, naturally – in 1987 rom-com, Mannequin. Inspired by Pygmalion, the tale from Ovid’s Metamorphoses poem which tells the story of a sculptor who fell in love with a statue he had carved, it’s admittedly the kind of storyline that was only plausible in the 1980s. That said, it did garner an Oscar nomination, for Original Song – Starship’s Nothing’s Gonna Stop Us Now – and became the 27th biggest hit of of 1987.

The film is momentarily set in ancient Egypt. Ema ‘Emmy’ Heshire (Kim Cattrall) is hiding from from her mother in a pyramid – on account of the fact that she wants her to have an arranged marriage – and is seen begging the gods to help her escape to find her true love. Seconds later, in a dramatic flurry of sand, she vanishes and her soul is inexplicably transported and implanted into a plastic mannequin.

Cut to Philadelphia in the early 1980s and an unemployed sculptor named Jonathan Switcher – played by a 24-year-old Andrew McCarthy – has been dismissed by a string of employers. From topping pizzas and selling kids balloons to a job assembling shop mannequins, in each role Jonathan’s artistic license, attention to detail, and inability to work quickly appears to be his downfall. Until, that is, he saves the manager of Prince’s department store from near death, and is granted the job of assistant window dresser in return.

Tasked with “making the store great again”, Jonathan decides to start searching for the masterpiece mannequin he’d previously designed, which he finds in a store room at the back of the women’s lingerie department. The mannequin springs to life (to his eyes only) and introduces herself as Emmy. It’s also here Jonathan meets Hollywood Montrose, his flamboyant co-worker who’s arguably the best dressed man in the store. “When you’re finished with your conversation bring her to window three,” says Hollywood, unfazed by Jonathan’s desire indulge in a conversation with said mannequin.

Plot faults aside, the fashion in Mannequin was landmark. Over 30 years since the film’s release, we unpick its most memorable sartorial codes.

To make the mannequins used in the movie, Cattrall spent six weeks sitting for a sculptor in Santa Monica which equated to six iterations of her dummy replica, each with a different facial expression. While the hair remained the same on each, one can only assume that your ‘do is likely to be ruffled when you’re carried from stock room to window multiple times a week. Emmy’s answer? Accessorise with a hat. “What’s the matter, don’t you like your new scarf?” says Jonathan to the plastic woman in front of him. “Not especially,” says Emmy as she transitions from mannequin to real life model, wearing a peach pink jumpsuit cinched in at the waist by a snakeskin belt, finished with a glittering coral sun hat.

2. Co-ordinate with your partner

By day, the devious manager of Prince’s – who’s actually an imposter from rival department store, Illustra – is plotting ways to have the establishment closed down. By night, Jonathan and his mannequin run wild, creating the most eye-catching window displays the customers of Prince’s have seen to date in a bid to keep the struggling store in business. Their first masterpiece? A tennis-themed display that sees Emmy co-ordinate with her male counterpart. While he fronts a red, white and blue windbreaker, red shorts and white socks, Emmy wears a red polka dot A-line skirt with purple wedges – that perfectly match her waist belt – and a second red hat, this time embellished with red cherries.

While Jonathan is enjoying his night at the department store, his girlfriend Roxie – who was giving him a second chance, having already dumped him for his inability to command a high-flying career – is at home face down on the sofa, waiting for him to arrive and wearing a draped blazer crafted from gold lamé. Roxie just happens to work for all-singing-dancing-and-glittering Illustra. And, after being stood up by Jonathan, she’s seen conferring with the team trying to take him down wearing a double collar ensemble: a square-shouldered jacket layered over a long white point collar shirt, an amplified take on power dressing as she steps into her new found position of authority. When she reappears later in the film armed with a camera to catch Jonathan in a compromising position with Emmy in mannequin form, we remember, hell hath no fury like a woman scorned.

It’s common knowledge that nobody does excess like they did in the 1980s, and Mannequin is a time capsule that’s testament to that. From the glittering foil-curtained walls of Illustra portrayed as a fashion mecca, to the three-minute long role play-cum-dance scene midway through the film soundtracked by Alisha’s Do You Dream About Me? Managing a total of eight changes that see her prepared for every eventuality, Emmy’s outfits span everything from a saccharine shocking pink take on a 1920s flapper ensemble, to a seductive mink fur coat and lingerie look – all reminders that fashion was unashamedly extrovert in the 1980s and that emerald green silk, sugary palettes and abundant frills were all the rage.

Inevitably the Illustra team’s plans to sabotage Prince’s are foiled. Following a dramatic finale in which mannequin-form Emmy is almost engulfed by the swirling spikes of an industrial chipper that’s being used to dispose of unwanted dummies, she is eventually able to reveal her human self permanently (and not just to Jonathan). And, in a predestined end, Emmy and Jonathan get hitched. The ceremony takes place in the window of Prince’s, Hollywood takes on the role of vow master (wearing futuristic frames that wouldn’t look out of place in 2018) and Emmy wears a wedding dress with a white lace bodice and a tiered silk train, complete with puff sleeves, epitomising the “bigger is better” mentality of the 1980s. 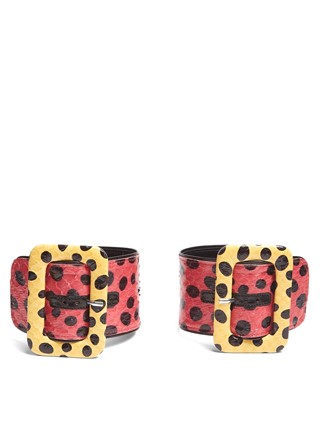 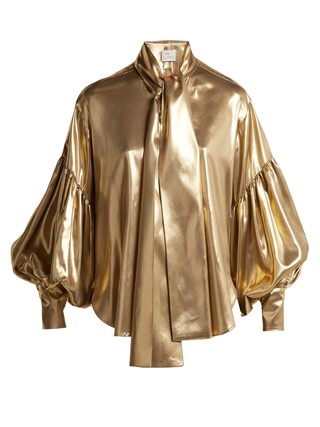 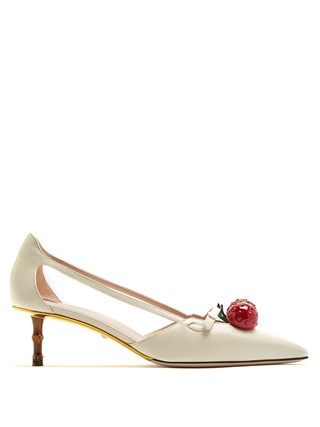 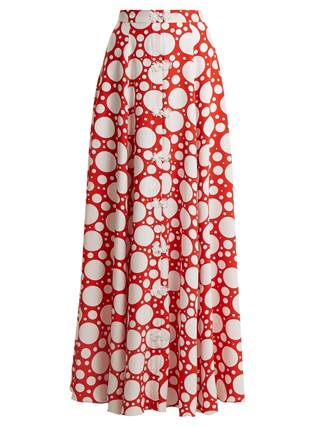 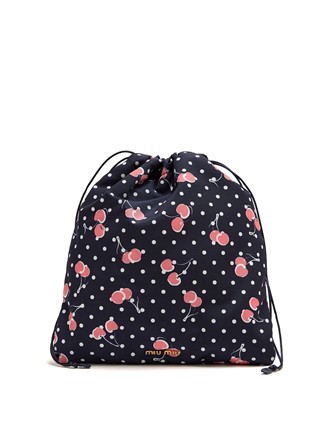 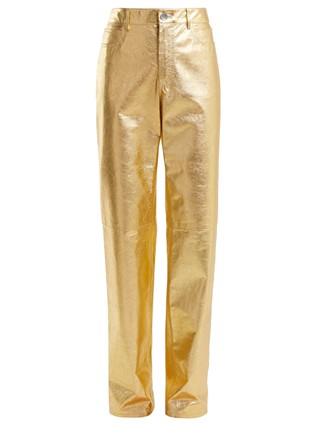 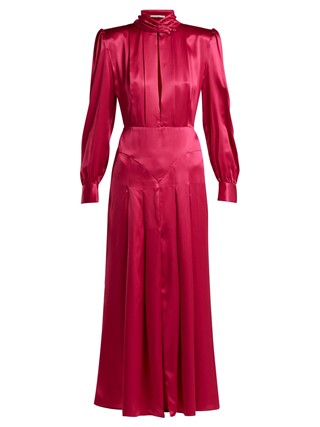 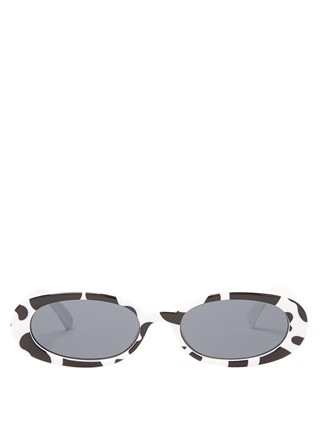 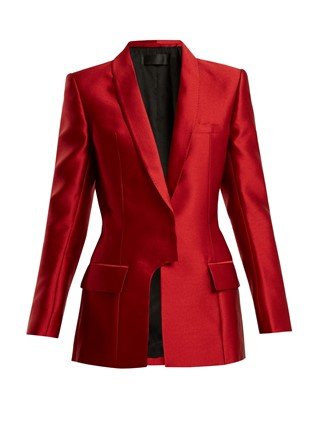 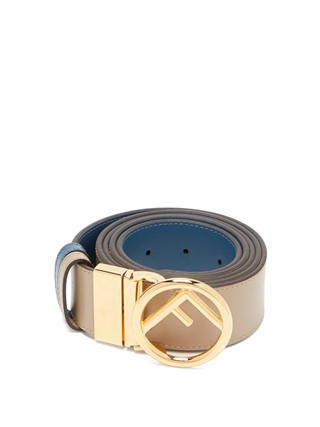